'Inspired by China, Heritage and Innovation' to Open on 22 Sep 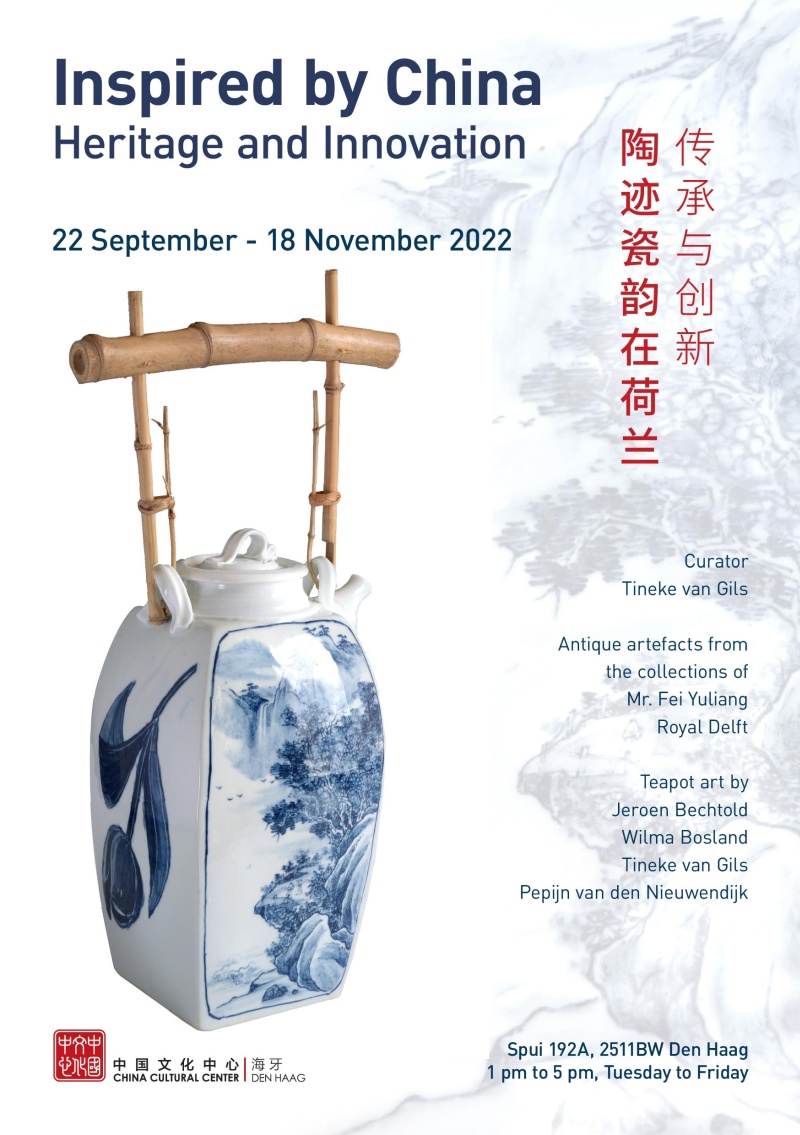 The common denominator in the exhibition 'Inspired by China' is the teapot, an originally Chinese product that reached Europe along with tea in the late 16th century. These four artists all have a connection with the teapot to a greater or lesser extent, and each in their own way independently worked with porcelain and clay in China. They were inspired by 'China', a word that can also be used to indicate Chinese porcelain. In Jingdezhen, Dehua and Yixing they made their teapot art from the local raw material that varies greatly from city to city. To emphasize those differences, the exhibition is divided into the cities. Each chapter opens with a typical ceramic object from that city, generously loaned from the historical collections of Mr. Fei Yuliang or Royal Delft.