STORIES ON CHINESE PORCELAIN: Myths Across the Seas with Porcelain

Chinese folktales, myths and stories are mystical, wondrous and imaginative. These stories are common for the Chinese but not so familiar for Dutch people. On Chinese porcelain, which has been collected in the Netherlands for centuries, these Chinese stories are depicted and used as a means of decoration, serving as an important vehicle for cultural exchange between China and the Netherlands in the early days. 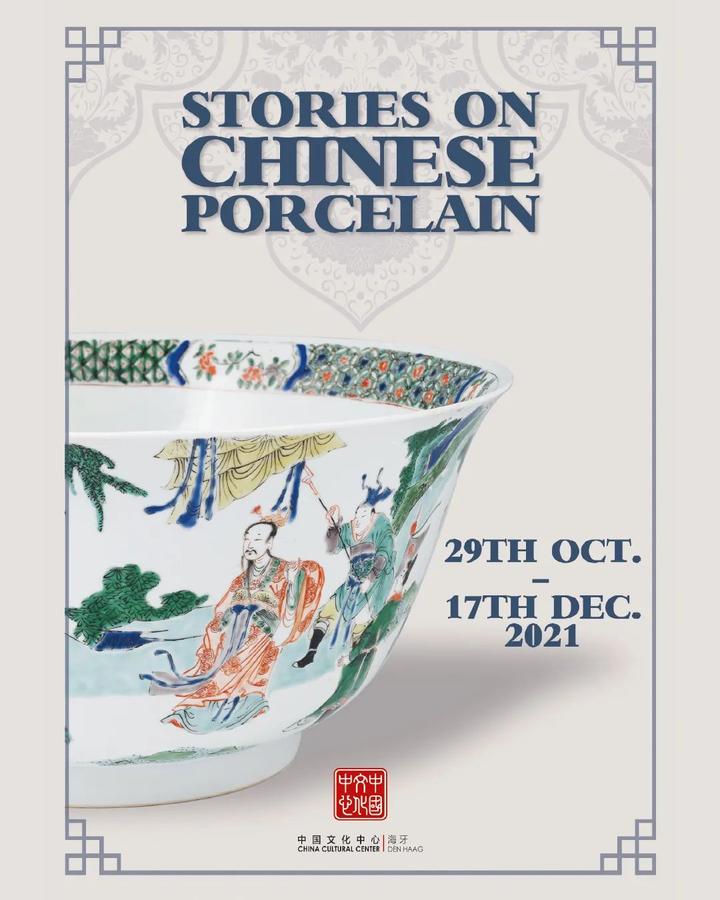 "Stories on Chinese Porcelain" is the opening event of the 5th anniversary of China Cultural Center Den Haag. With the generous loan of porcelain from the Family Fei Collection, the exhibition features a selection of around 50 pieces of export porcelain from the Ming and Qing dynasties, through which we will travel from “Jiang Taigong’s Fishing” to “The Romance of the Western Chamber” , and from “The Eight Immortals” to “The third Mistress Teaches Her Son”, to gain new insights in the never-ending stories that porcelain has to tell.

Pictures from the exhibition “Stories on Chinese Porcelain” 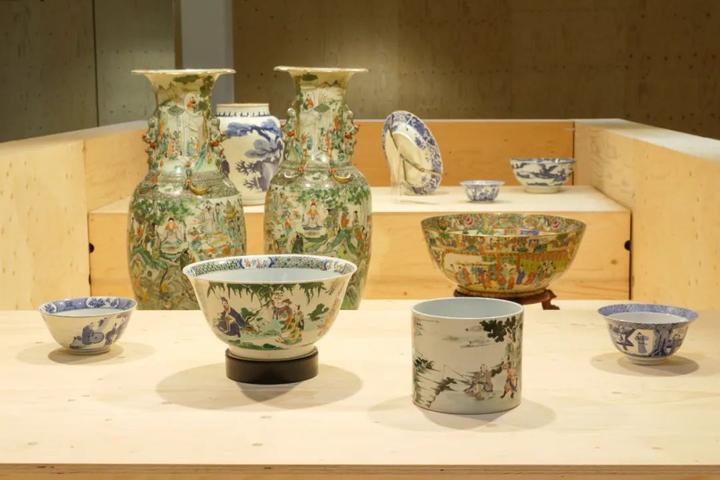 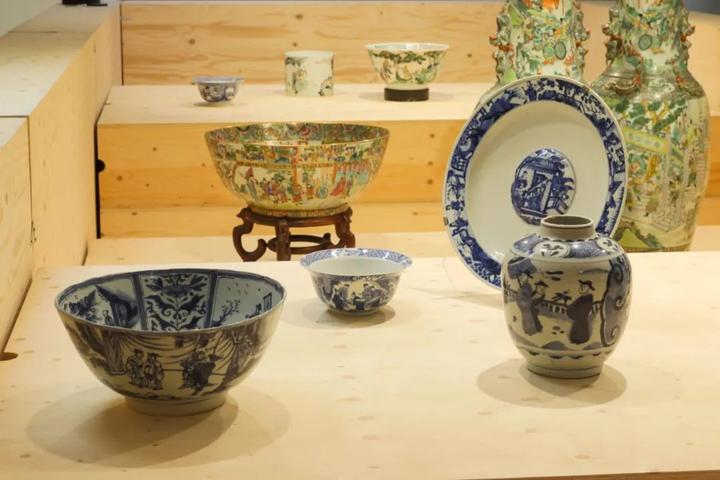 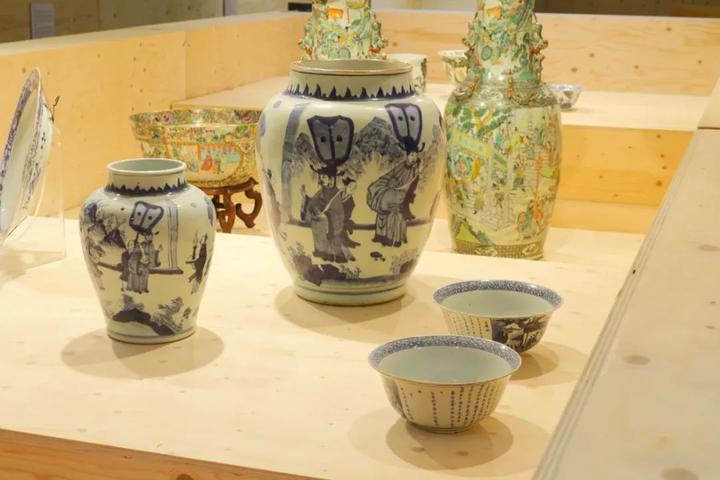 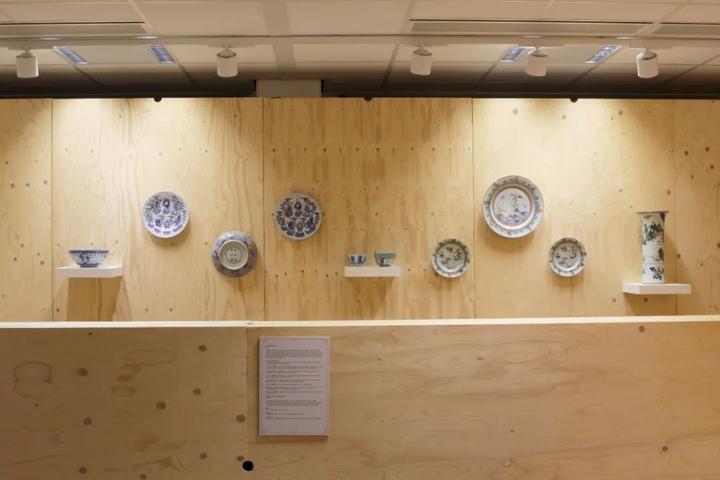 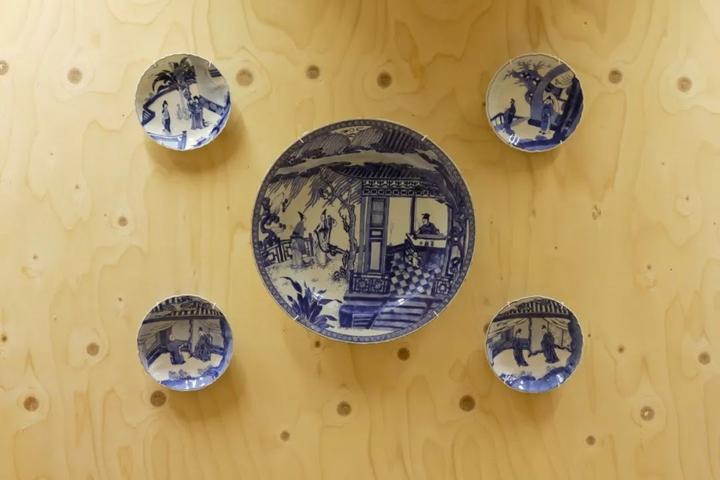 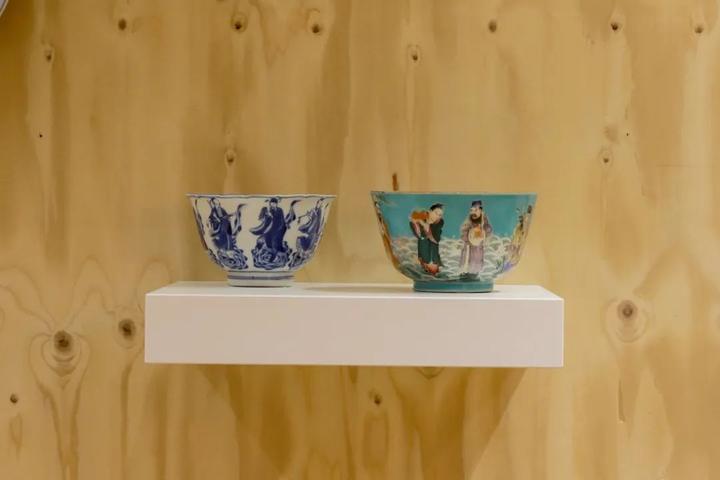 Pictures from the Opening event 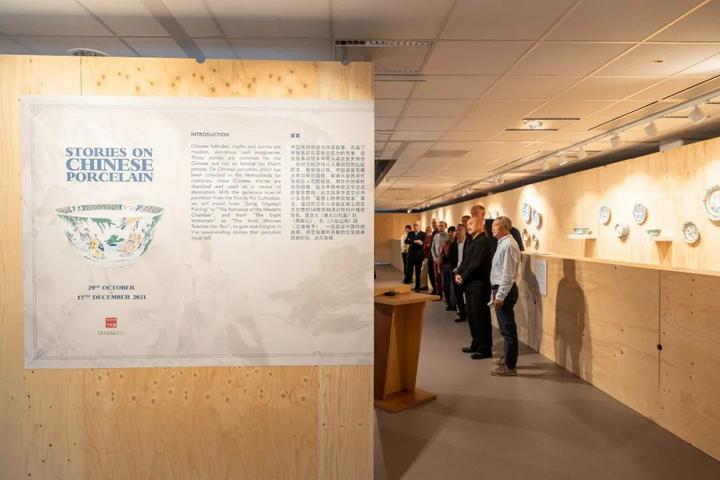 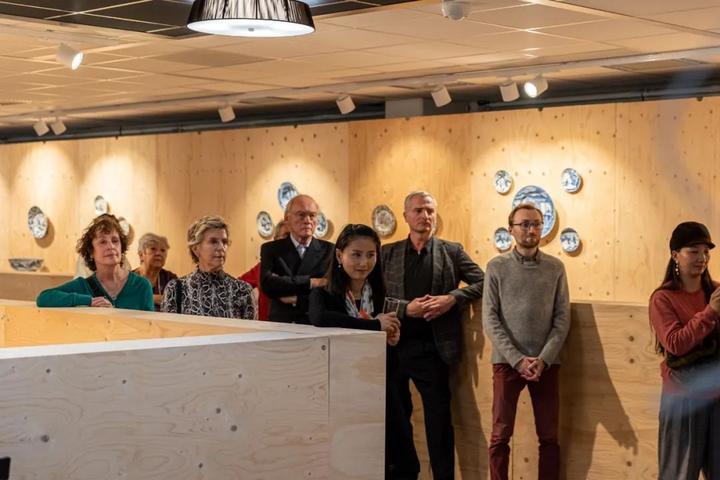 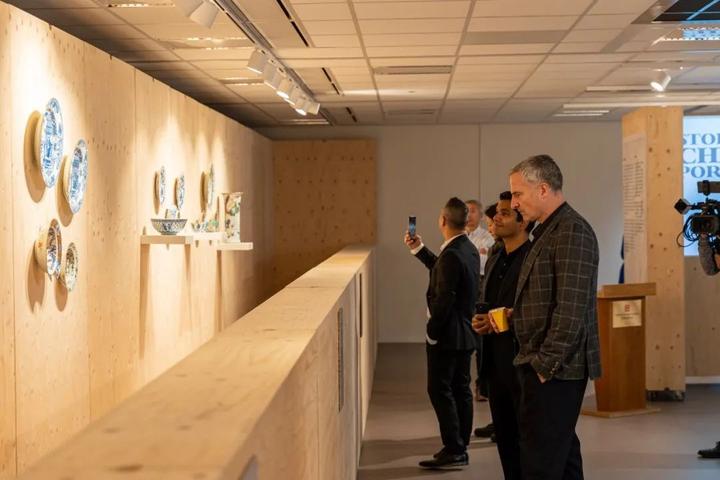 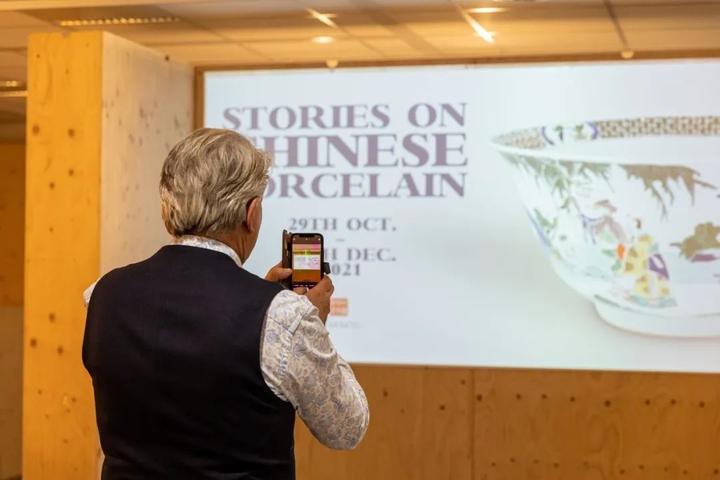 On 29 October, the exhibition was officially opened, with more than 30 leading professionals from the related fields, including Willem van Roijen, former President of The European Fine Art Fair, Ruud van Broeckhuysen, Account Manager ASIA at Municipality of The Hague, and Ton Winkelman, a Dutch collector and former board member of Cobra Musuem, among others. 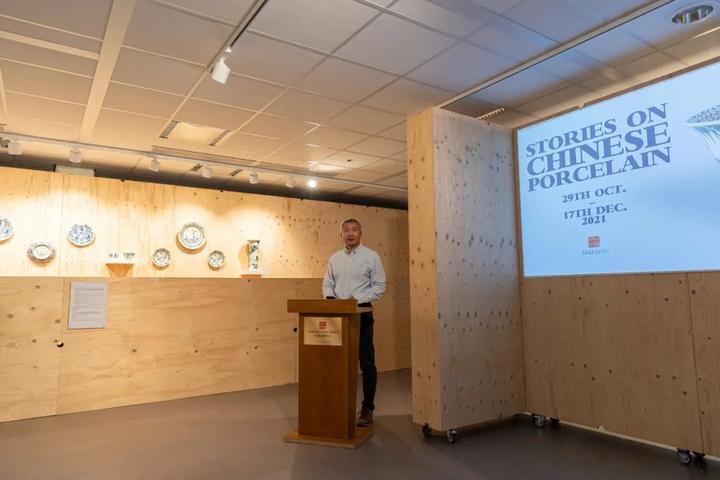 Huang Hongchang, director of China Cultural Center Den Haag, made a short welcome word, he mentioned: "As the opening exhibition of the fifth anniversary of the China Cultural Center Den Haag, we hope to show the connection between the ancient and the present, between China and the West, through the stories told by the Ming and Qing dynasty export porcelain, and moreover to foster future cultural exchanges between China and the Netherlands." 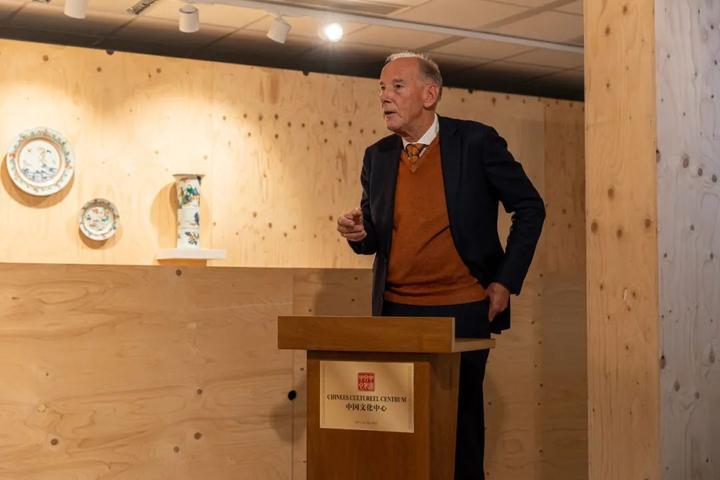 Mr Ton Winkelman, a Dutch collector and former board member of Cobra Musuem, was then invited to give a speech at the opening. He shared the story of his first trip to China in his 20s and his inseparable relationship with Chinese art ever since, adding:“The porcelains we see today, I think they are both fragile and strong cultural forces, they have nothing to do with money, their power cross borders, they have touched our hearts, and they have touched the hearts of our ancestors, not just in the Netherlands or China, but are a treasure that belongs to the whole world. Their beauty contains a universal value, that is the pursuit of artisanship, kindness and love." 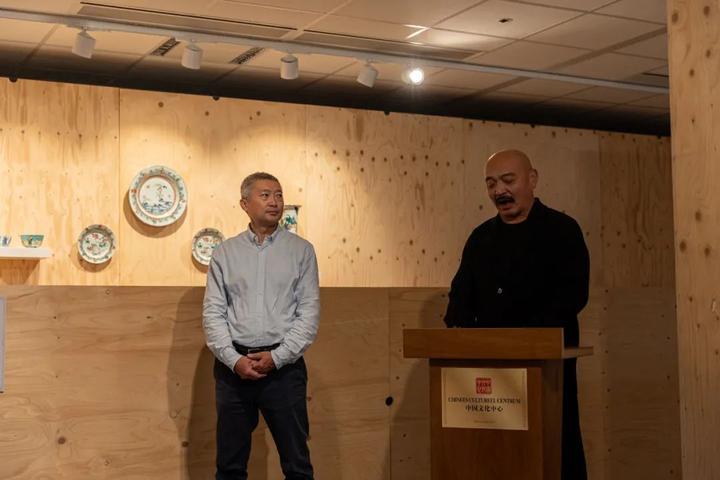 The curator, Mr. Fei Yuliang, also gave a brief speech afterwards and expressed his gratitude to the Chinese Cultural Center Den Haag for hosting the exhibition. Mr. Fei Yuliang also recorded a video explaining the story of “The Eight Immortals crossing the sea“ for the exhibition, so that the audience could have a better understanding of the meaning and implications of traditional Chinese mythology.

Mr. Fei Yuliang then led guests through a tour of the stories of each set of porcelain pieces. 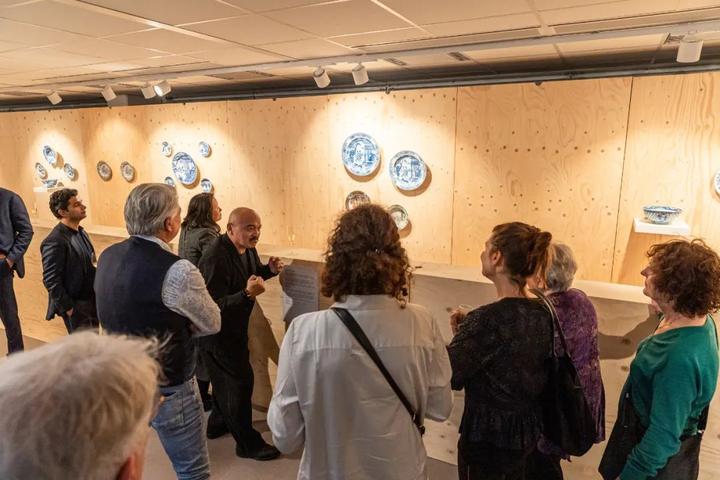 Curator Mr. Fei Yuliang introducing the exhibits to the guests 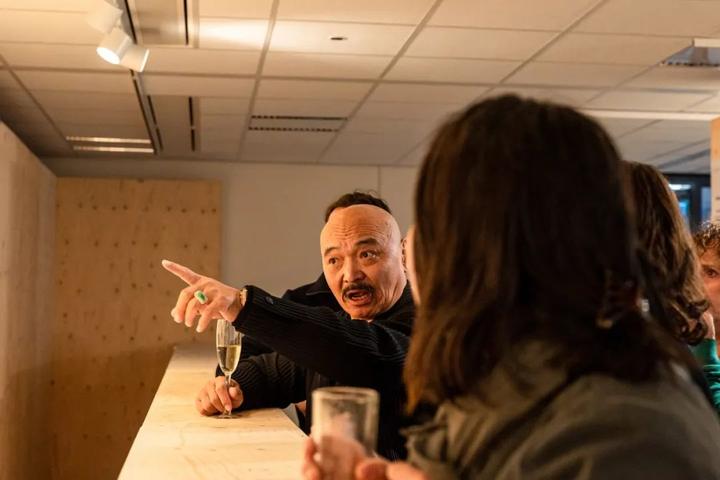 Curator Mr. Fei Yuliang introducing the exhibits to the guests

More previews of the exhibits 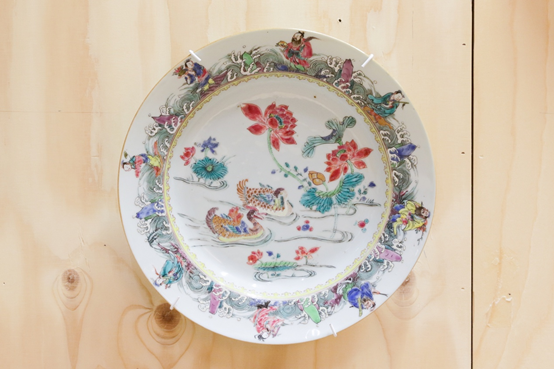 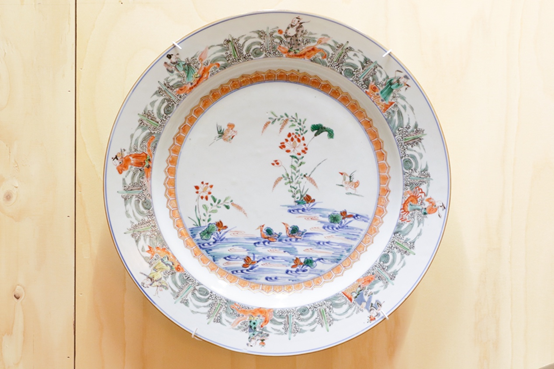 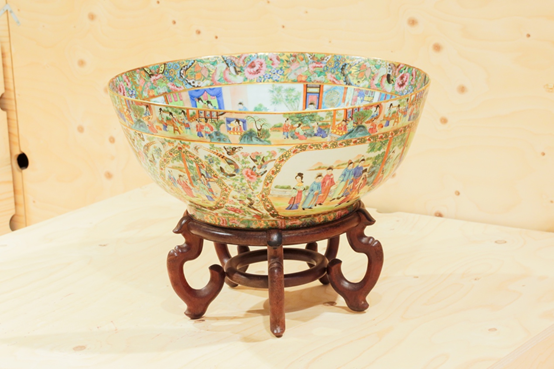 The ticket for the exhibition at China Cultural Center is free of charge, please kindly reserve your tickets via [email protected] The exhibition opens till 17th December 2021 on every Tuesday, Thursday and Friday from 1pm to 5pm.
In line with the local government measures, you will need to show a coronavirus entry pass. This applies to everyone aged 13 and over. Please bring your coronavirus entry pass using the CoronaCheck app or a printout on paper. We will scan the QR code at the entrance.
Enjoy your visit!