Quanzhou, a port city full of maritime memories. The traditional genes of diversity, openness and tolerance have shaped the city's vivid, colorful and vibrant social and cultural landscape. Quanzhou has a temple at three steps and a temple at five steps. It is the "Museum of World Religions", where various religions and ethnic groups met and developed across time and space.

Today, Quanzhou is home to the remains of ports, shipwrecks, the city's shipping department, porcelain kilns, porcelain and other relics related to ocean trade, as well as cultural relics of Buddhism, Taoism, Islam, Catholicism, and Nestorianism left behind by foreign interactions and exchanges, reflecting profoundly that Quanzhou once brought together and integrated different ethnic groups, cultures and religions. Jiuriyama praying for the wind stone carvings, the site of the Municipal Hubo Division, the site of Deji Gate, the Tianhou Palace, the Zhenwu Temple, the site of the Southern Outer Zongzheng Division, the Wenmiao Temple of Quanzhou Prefecture, the Kaiyuan Temple, the statue of Laojun Rock, the Qingjing Temple, the Islamic Holy Sepulchre, the statue of the Mani Buddha of Caoan, the site of the kiln of Magzao, the site of the kiln of Dehua, the site of the iron smelting at Xiaocaopu in Qingyang, Anxi, the Luoyang Bridge, the Anping Bridge, the site of the Shunji Bridge, the Jiangkou Pier, the Shihu Pier, the Liusheng Pagoda, the Wanshou Pagoda, and 22 other The representative monuments and sites, distributed in the Quanzhou Bay area with today's Quanzhou city as the core, constitute as a whole the representative sites of Quanzhou's Song and Yuan China's world maritime trade center and become the common cultural heritage of mankind. These 22 heritage elements and their associated environments, which carry key value features, include sites of administrative institutions and facilities, religious buildings and statues of diverse communities, cultural monuments, ceramic and iron smelting production sites, and water and land transportation networks consisting of bridges, piers, and beacon towers, not only complete the distinctive overseas trade system and diverse social structure of Song and Yuan Quanzhou, but also bear witness to the accumulated and It also demonstrates China's complete maritime trade system, developed economy, and diverse and tolerant cultural attitudes.

Some of the representative monuments and sites in Quanzhou

Kaiyuan Temple was the largest and most officially prominent Buddhist monastery in Quanzhou during the Song and Yuan dynasties. Its monastic economy and multi-cultural relics reflect the economic prosperity and cultural coexistence characteristics brought to Quanzhou by Song and Yuan maritime trade, and the groups of people associated with the monastery, such as rulers of the cessionist regime, Song and Yuan officials, monks, and local great clans, made important contributions to Song and Yuan social economy and maritime trade. 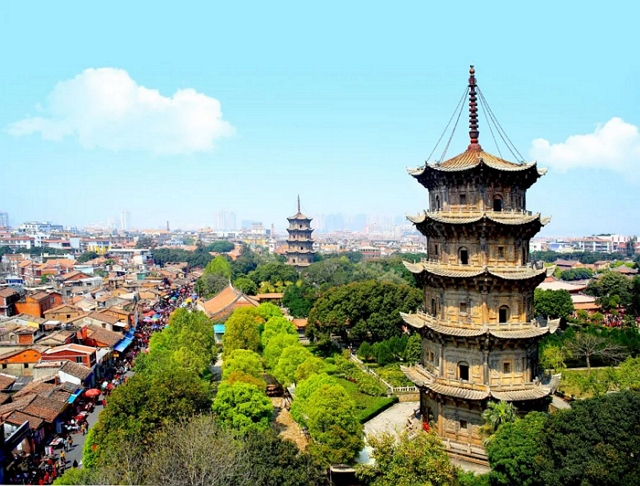 Anping Bridge, the longest surviving sea-crossing girder stone bridge in China. The Anping Bridge was built as a result of the joint participation of the official, religious, merchant and common people of Quanzhou, reflecting both the contribution of the diverse social structure of Quanzhou to the maritime trade during the Song and Yuan dynasties, and the economic prosperity and wealth accumulation brought to Quanzhou society by the maritime trade. 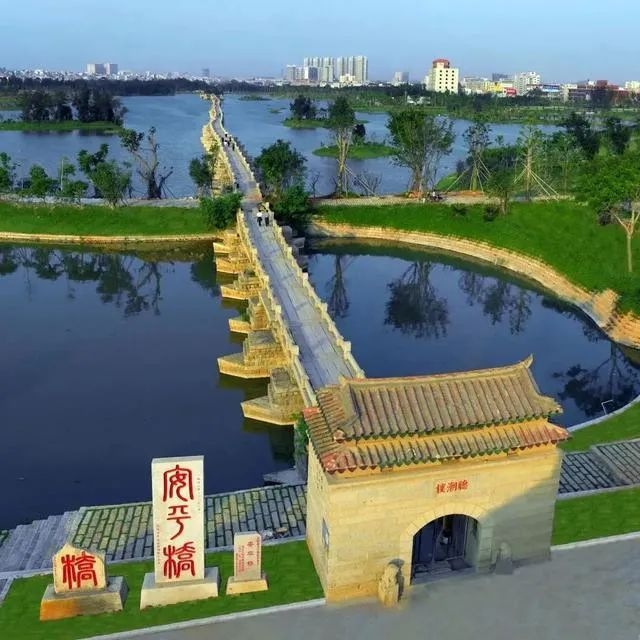 The Six Victory Pagoda is an important historical relic of Shihu Port, a landmark for merchant ships sailing from the main channel of Quanzhou Bay to the inland port and served to protect merchants. At the same time, the construction of the Six Victory Pagoda was the result of the joint participation of religious figures, merchants and commoners, reflecting the contribution of Quanzhou's diverse social structure to maritime trade during the Song and Yuan dynasties.

The Laojunyan statue is a stone statue of Laozi, the founder of Taoist doctrine, and is the largest surviving stone statue of Taoism in China. This huge stone statue is a symbol of the official mainstream ideology of Quanzhou during the Song Dynasty, and reflects the diverse and vibrant cultural characteristics of the world's maritime trade center and the prosperous achievements of the port. 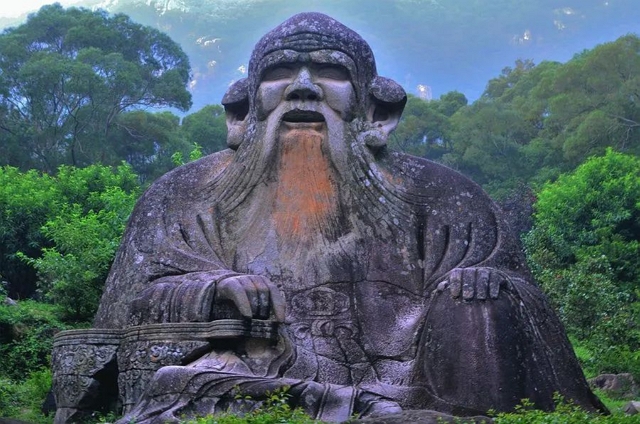 Qingjing Mosque: The first mosque ever built in Quanzhou. 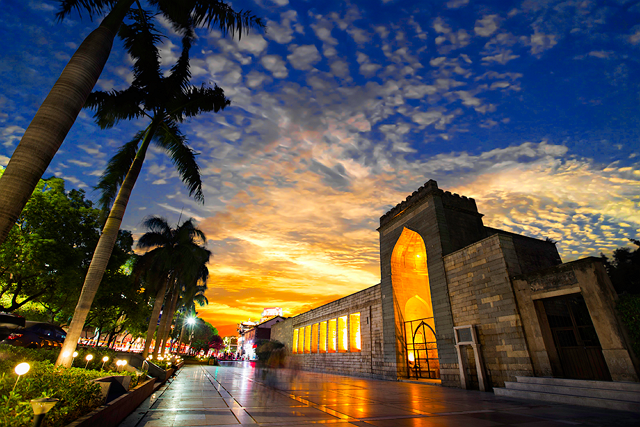 Special thanks to: Fujian Provincial Department of Culture and Tourism