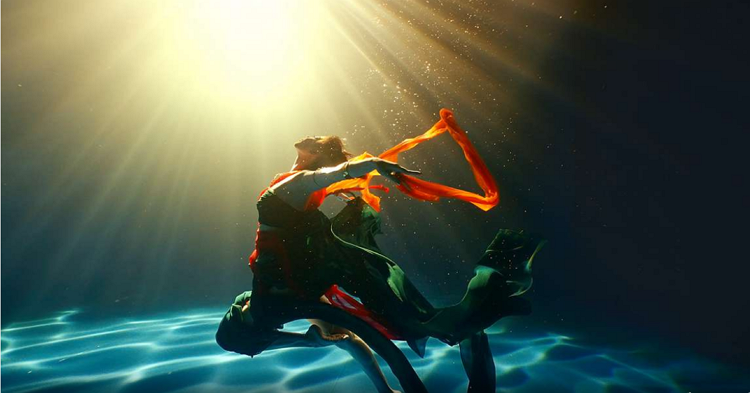 A breathtaking Chinese traditional dance underwater has wowed internet users with its ingenious recreation of the Goddess of Luo River, a character depicted in a classic prose written more than 1,800 years ago by Cao Zhi from the Three Kingdoms period (220-280).

Dim as the moon mantled in filmy clouds, restless as snow whirled by the driving wind.
She lifts her light body in the posture of a crane, as though about to fly but not yet taking wing.
Body nimbler than a winging duck, swift, as befits the spirit she is;
Traversing the waves in tiny steps,her gauze slippers seem to stir a dust.
Her roving glance flashes fire;a radiant warmth shines from her jade-like face.

Titled Pray, the dance was aired by Henan TV Saturday night as part of its special program to celebrate the Dragon Boat Festival.

Once a synchronized swimmer, dancer He Haohao handsomely executed the performance with elegance and force, and impressed the audience with her great skills. It took altogether 26 hours to film the dance show, according to the show's director Guo Jiyong.