Tang (618-907) and Song (960-1279) dynasties are two of the most prosperous and brilliant periods in the history of Chinese painting and calligraphy. At the early stage of Tang dynasty,  The patronage of the Tang courts attracted painters from all over the empire. Yan Liben (阎立本, ca.601–673), who rose to high office as an administrator, finally becoming a minister of state, was also a noted 7th-century figure painter. His duties included painting historical scrolls, notable events past and present, and portraits, to the delight of his patron, Taizong. The existing collection “Bunian Tu” (also called Emperor Taizong Receiving the Tibetan Envoy) and “Portraits of Emperors” both were from him.

His painting features elegant and bright colors, smooth and vigorous lines and a flexible composition, which are considered as representative pieces of paintings from the Tang dynasty, and possesses both historical and artistic value. With the development of economy in middle stage of Tang dynasty, the painting works cover a wide range of topics and themes, such as religious figures, landscape, horses, flowers, wall paintings, and so on.

The dynasties of the Tang and Song represent another important period in Chinese calligraphy. Unification of the country brought calligraphic styles of the north and south together as brushwork methods became increasingly complete. Starting from this time, the regular script would become the universal form through the ages. In the Song dynasty (960–1279), the tradition of engraving modelbook copies became a popular way to preserve the works of ancient masters. Song scholar-artists such as Su Shi (苏轼, 1037–1101), Huang Tingjian (黄庭坚, 1045–1105), and Mi Fu (米芾, 1051–1107) were not satisfied with just following tradition, for they considered calligraphy also as a means of creative and personal expression. 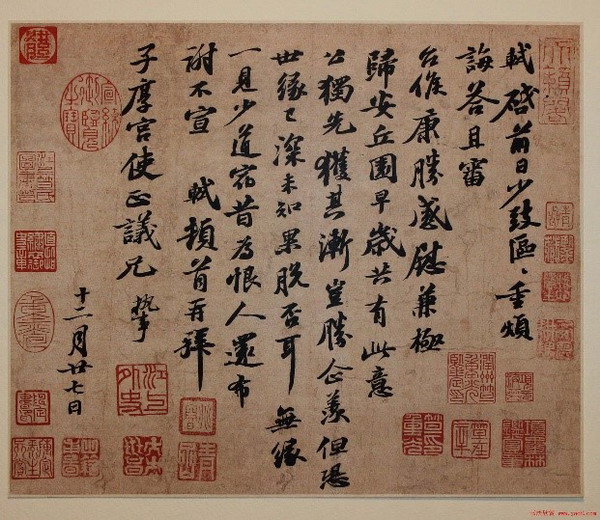 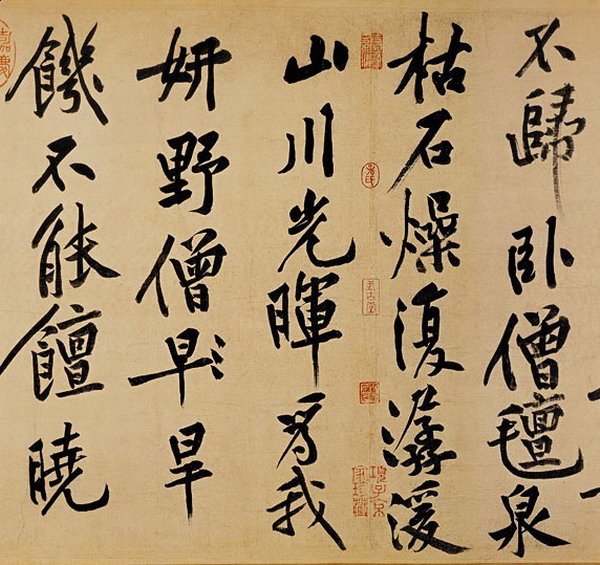 Related to the exhibition Revisiting Ancient Chinese Painting and Calligraphy, this workshop aims to recreate masterpieces of Chinese painting and calligraphy from the Tang and Song dynasties, which will be tutored by artists Zhang Huirong and Zhang Qieyi. It get inspiration from the unfading wisdom of ancient art masters, uses traditional brush painting and ink techniques, depict landscapes and portraits in stunning detail. 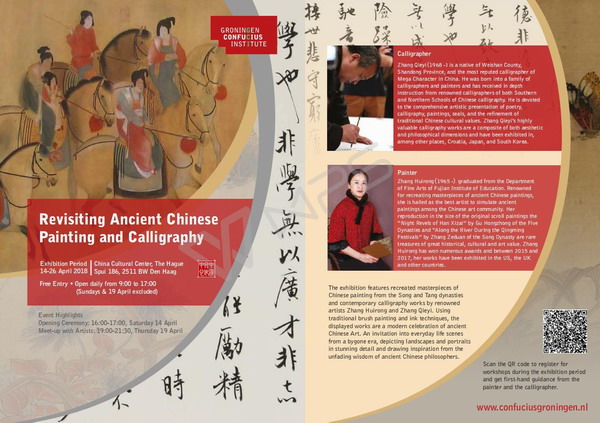