After more than four years of construction, Beijing Daxing International Airport has opened for operation in September 2019. As Beijing's second international airport, the official operation of Daxing Airport also marks the ushering of Beijing in the era of "one city, dual hubs".

The construction and operation of Daxing Airport has also set several world records, including the world's largest single airport terminal, the world's first terminal with high-speed rail underpass, Asia's largest aircraft hangar and so forth. With the opening of Daxing Airport, the overloaded operation of the Beijing Capital International Airport is also expected to ease. As the transportation hub and aviation center of the entire Beijing-Tianjin-Hebei region, the new Daxing Airport, will have a tremendous driving effect on the development of this region. In an era when the airside economy has become a hotspot for all countries, this airport, which has set more than 40 international and domestic firsts, is even more significant as a new national gate. 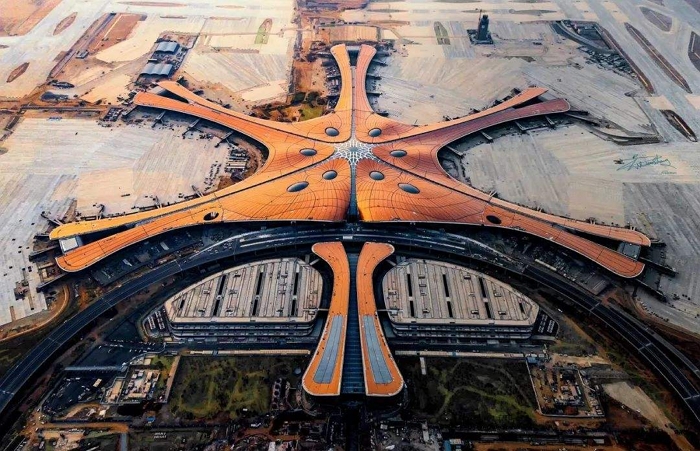 The Great Wall, a World Cultural Heritage, is an ancient Chinese military defense project with a long history of more than 2000 years. It spans the northern and central parts of China and stretches for thousands of kilometers. It is the symbol of the Chinese nation.

Simatai Wangjing Tower is located in the north of Miyun county, 120 kilometers northeast of Beijing. Simatai Great Wall passes through Gubeikou, the strategic fortress east of the Great Wall. It carries the best reputation of the Great Wall in China. Simatai Wangjing Tower is the commanding point of Simatai Great Wall, with an altitude of 986 meters. Standing on it and overlooking it from afar, it gives people a majestic magnificence.

The Temple of Heaven

The temple of heaven, a World Cultural Heritage, was founded in 1420. The temple of Heaven was a place where the emperor of the Ming and Qing Dynasties worshipped heaven and prayed for a bumper harvest every year. The Chinese people worshipped heaven for a long time. The ancient emperors called themselves the Son of Heaven. They attached great importance to the heaven worshiping ceremony.

Tongrentang is the largest Chinese medicine manufacturing enterprise in China founded in 1669. It is considered to be one of the four existing brands of traditional Chinese medicine. It is also an important channel to promote Chinese medicine culture and services in the international market. 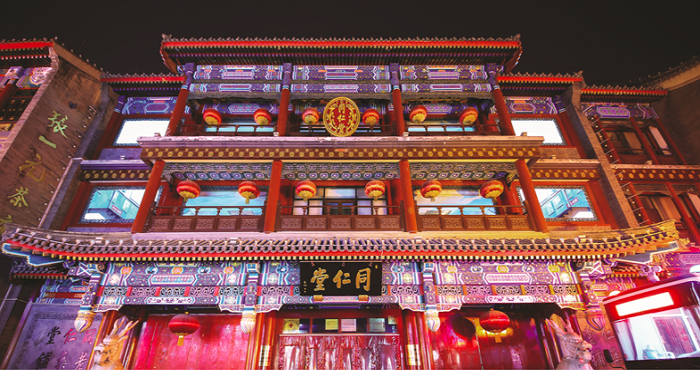 The summer Palace, another World Heritage Site, is the best preserved and most complete imperial garden in China. It is known as the royal garden museum. It used to be a summer resort for the Royal family.

A large comprehensive place for both office and commerce. It is one of the landmarks of fashionable Beijing.

The Place is the place of catering, recreation, spatial art, fashion, leisure and shopping. Its electronic over-head screen is an enormous world-class spectacle and a crowd attraction. This screen is the first of its kind in Asia and third largest in the world.

The International Conference Center of the Yanqi Lake

The International Conference Center of the Yanqi Lake was the venue for the 2014 APEC summit. Its unique architectural form looks like the reflection of the Temple of Heaven, so it quickly becomes a shining new star of convention and exhibition venues in Beijing as well as the rest part of China.

Directly to the Olympic Games

The landmark building of CCTV studio in its magnificent night scenery.

Zhoukoudian Peking Man Site is located in Zhoukoudian of Fangshan district, southwest of Beijing, China. It is about 42 km away from Beijing and consists of a series of caves on Longgu mountain. A large number of fossils of the Peking Man have been discovered here.

Special thanks to Beijing Municipal Bureau of Culture and Tourism for all pictures and video.