China Cultural Center in The Hague, together with Nanjing Municipal Bureau of Culture and Tourism , launched a virtual tour -- "Visiting China Online-Nanjing" on the official website and social media platforms of CCC, to present the charm of Nanjing, which is an ancient capital for six dynasties and is described as Jinling Imperial State".

Nanjing is located in the Yangtze River Delta region in eastern China and is the capital city of Jiangsu Province. It is one of the first batch of national famous historical and cultural cities, with a history of more than 2500 years, among which nearly 500 years as the national capital back in history. Landscape of Urban and Forest

From mountains and rivers, city walls and forests, to streets and houses, ancient trees and springs, cities and forests are blended smoothly. 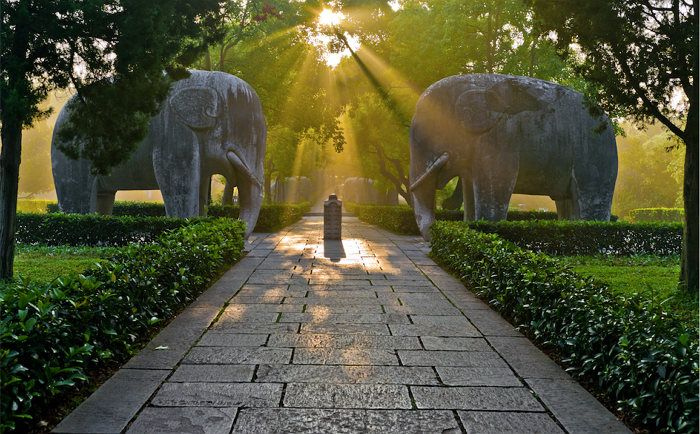 The Ming Tomb is one of the largest existing imperial tombs in China, with more than 6 centuries of history. The Ming Tomb is located in the Ming Tomb scenic area. Among the six stone statues of animals along the sacred path, the elephant is the largest, weighing 80 tons. This section of sacred path now is commonly known as the Road of Stone elephant, with a total length of 615 meters. The site of the former residence of the President of the Nationalist Government, also known as "Mei Ling Palace," is located on Little Red Mountain, Xuanwu District of Nanjing. From up above, it looks like a necklace shaped by French sycamore, embellished with beautiful lights, changing colors throughout the season. Sun Yat-sen Mausoleum is designed by Lv Yanzhi, the entire complex is built along the hillside, gradually rising from south to north along a central axis, with the main buildings arranged on a central axis, reflecting the style of traditional Chinese architecture. Looking down from the sky, it looks like a "freedom bell" lying on a green velvet carpet, in line with Sun Yat-sen's political will to "arouse the people". The architecture of Zhongshan Mausoleum is a blend of the essence of ancient Chinese and Western architecture, and the harmonious color palette enhances the solemn atmosphere and creates a new style. The music stage is located in the south side of the Sun Yat-sen Mausoleum and is mainly used for musical performances during ceremonies to commemorate Dr. Sun Yat-sen. Nanjing Forest Music Festival is a symbol of Nanjing's urban youth culture. Every September, people would enjoy a wonderful musical journey on the lawn surrounded by wisteria. 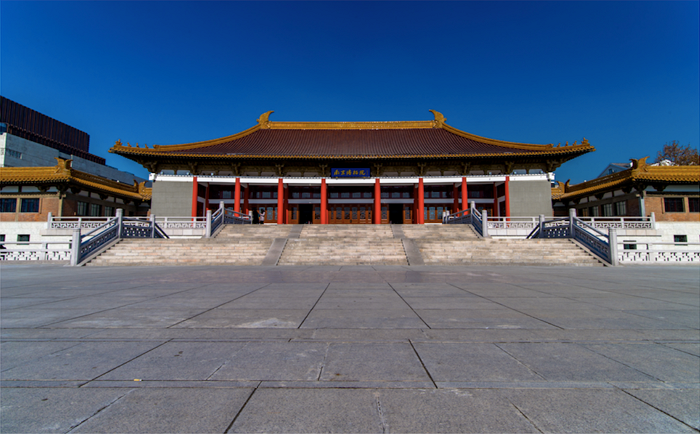 Nanjing Museum is one of the three major museums in China and is a treasure trove of traditional Chinese culture. Nanjing Museum possesses 432,768 pieces (sets) of various collections and 371,032 pieces (sets) of precious cultural relics, ranking the second in China in terms of the number of precious cultural relics, just to follow the Palace Museum. Nanjing Yangtze River Bridge is the first double-decker railway and highway bridge on the Yangtze River designed and built solely by China. It is not only a symbol of the new China's technological achievements and modernization, but also carries the special feelings and memories of several generations of Chinese people. Flow Badge Pavilions in the Winter

Liuhuixie (Flow badge) Pavilions is located in Zijin Mountain, Zhongshan Scenic Area, Nanjing Xuanwu District. On the south side of the Zhongshan Mausoleum to Linggu Temple road, also known as the Water Pavilion. Special thanks to Nanjing Municipal Bureau of Culture and Tourism for all pictures and video.